11 Questions & Answers about diabetes and pregnancy

1. I have gestational diabetes. Do I need to inject insulin now?

No, not right now. You have to go to the hospital, to an internist and a gynaecologist. At first, you’ll get dietary advice. After a week or two, a maximum of four, your blood sugar level will be checked again. If it is still too high, you will have to be treated with medication. Insulin is preferable, but glibenclamide in the second half of the pregnancy also gives good results. The choice will depend, among other things, on your wishes, but also on the severity of the blood sugar imbalance and the size of the baby’s abdomen. In the case of a large abdominal circumference or serious disorder, insulin will have to be started immediately.

2. I have gestational diabetes and am being treated with insulin. Will I continue to use insulin now? 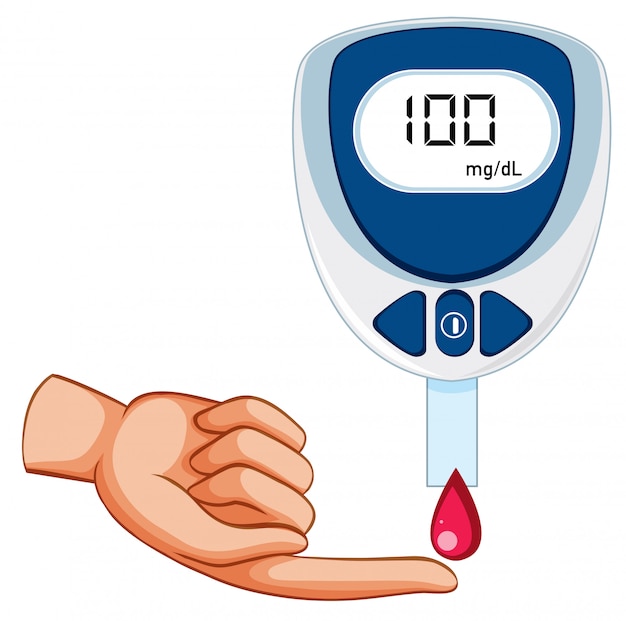 No, usually you can stop using insulin immediately after delivery without any problems. If the blood sugar level still remains too high you can be treated with tablets, but also with insulin. If you want to breastfeed, treatment with insulin is the only option. The chance of developing type 2 diabetes in the first ten years after birth is about 50%. It is therefore important that you are checked once or twice a year for the presence of diabetes after childbirth, by determining the blood glucose level in the fasting state. If you want to become pregnant again, you must have a check for the absence of diabetes before you become pregnant. If you do, preparations must be made before you become pregnant.

3. I have diabetes and have given birth to a beautiful baby. Can I breastfeed?

Yes, it is even recommended to breastfeed, just as it is for women without diabetes, because it has many advantages over bottle feeding. Pregnancy is smoother, and it’s also good for the baby. However, you will need to be treated with insulin; tablets for the regulation of blood sugar will reach the baby via the mother’s milk. Be careful not to get hypo’s. Breastfeeding increases the risk of hypo’s during or after feeding. Check your blood sugar level frequently.

4. I have diabetes and gave birth to a beautiful baby. What contraception can I use?

There is no preference for any particular contraceptive in women with diabetes. However, the use of the combined pill may be less favorable for women who have diabetes and/or diabetes complications for more than twenty years.

Yes, diabetes can cause a lot of stress, but vice versa, stress also influences diabetes. In people with type 2 diabetes, the blood glucose level usually rises under the influence of stress. Also, there are indications that people with a lot of stress are more susceptible to type 2 diabetes. The chronic increase in stress hormones can probably lead to insensitivity to insulin, and thus to diabetes, in people who already have a genetic predisposition for it. Whatever the stress, it leads to an increase in blood glucose levels. One reason for this is that stress involves the excretion of hormones called stress hormones such as adrenaline and norepinephrine, which cause blood glucose levels to rise.

6. Can you become impotent from diabetes?

Yes, blood vessel disorders can disrupt both the blood flow and the nerve supply to the penis, making it difficult or even impossible to get an erection. This often leads to great emotional objections. Men don’t talk about it easily, but half of the men with diabetes have problems with sexual functioning. In older men, over 70 years of age, this number is even higher. Often there are other causes than diabetes: stress, anxiety, and depression can also cause impotence. When this is not the case, diabetes is probably the culprit. There are various treatment options and tools to achieve an erection. Of course, the best way to prevent these kinds of problems as much as possible is to ensure good diabetes regulation.

7. Can women also get sexual problems because of their diabetes?

Yes, for women the problems can be just as annoying as for men. Poor diabetes regulation affects menstruation: it can become irregular or even go unnoticed for a while. With higher blood glucose levels, vaginal fungal infections are more likely to occur. Women can also get a dry mouth and dry vagina due to high blood glucose levels, which causes problems during intercourse. This can lead to psychological problems, and to stress in your relationship. A good diabetes regulation already prevents a lot of misery, but sometimes it can be good to discuss the problems with your family doctor or a therapist.

8. I have type 1 diabetes and am pregnant. What is the chance of congenital abnormalities?

There are many studies in which this question has been investigated. Yet there is no other answer than that the chance is significantly increased. The studies have all examined different subgroups and often originate from the old box, while in the meantime a lot has changed in the treatment of diabetes. The most important measure to combat problems in mother and child is: to strive for good blood sugar regulation, in which not only the HbA1c should be low (< 7%) but also the individual blood sugar levels should be low. It is very important that a woman with diabetes has already taken measures before she is pregnant.

9. Is it possible to treat diabetes with tablets instead of insulin?

Theoretically, in the case of type 2 diabetes or gestational diabetes, it would be possible to regulate blood sugars with tablets. Glibenclamide has been shown to be safe to use in the second half of pregnancy. The other agents, metformin, thiazolidin ions, DPP-IV inhibitors, and the other SU derivatives are not recommended because of possible harmful effects. Metformin is not thought to be harmful, but to be on the safe side it has no official place in the treatment. Apart from the adverse effects, it is generally assumed that better metabolic control can be achieved with insulin. The preference is therefore still for treatment with insulin.

10. I used rosiglitazone (metformin, SU-derivatives) while I was pregnant. Is that serious?

In principle, you should stop using these drugs as soon as possible and switch to insulin as soon as it is known that you are pregnant. There is no reason to panic or to take any special measures other than an ultrasound scan to make sure the baby is in good health. However, this has to be done in the hospital.

11. The doctor thinks I should have medication for my blood pressure. Is that really necessary?